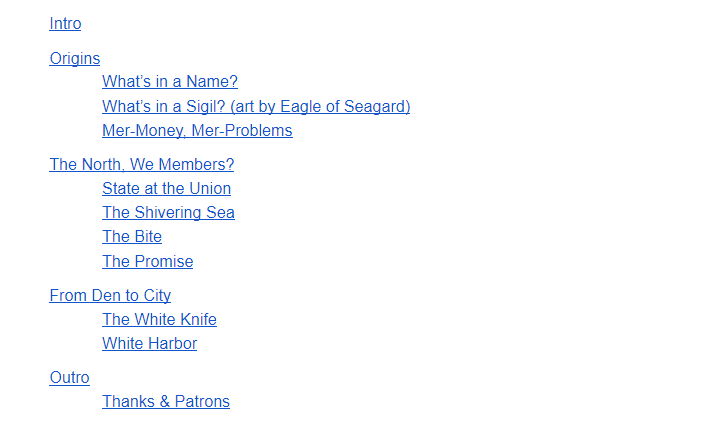 Steven Attewell of Race for the Iron Throne returns. We discuss the 3rd and 4th Blackfyre Rebellions, the Golden Company, and a lot more Bittersteel. Check out our series on the Blackfyres here. Time to find out what is beneath the gold, in this episode on the Golden Company.

Michael Klarfeld (Klaradox) created our introduction, the Essos map, and the Bittersteel and Golden Company images. Dutchmogul created the cyvasse pieces used in the intro video. Joey Townsend does our intro music, and Jesse Kowal does our outro music. Thank you to them as well!

At first the magisters and archons and merchant princes were pleased to welcome the last Blackfyres to their homes and tables, but as the years passed and the Falseborn continued to sit upon the Iron Throne, doors closed and their lives grew meaner. Years past they had been forced to sell their last few treasures. Now even the coin they had gotten from Mother’s crown had gone. In the alleys and wine sinks of Tyrosh, they called her brother “the beggar king.” Calla did not want to know what they called her. – AGOT, Daenerys I

Bittersteel gathered exiled lords and knights, and their descendants, to him. He formed the Golden Company in 212 AC, and soon established it as the foremost free company of the Disputed Lands. “Beneath the gold, the bitter steel” became their battle cry, renowned across Essos. – TWOIAF

Ser Aegor Rivers was sixty-nine years of age when he fell, and it is said he died as he had lived, with a sword in his hand and a curse upon his lips. Yet his legacy would live on in the Golden Company and the Blackfyre line he had served and protected. – TWOIAF

It ended far more quickly than the pretender might have wished, at the Battle of Wendwater Bridge. Afterward, the corpses of the Black Dragon’s slain choked the Wendwater and sent it overflowing its banks. The royalists, in turn, lost fewer than a hundred men. – TWOIAF