We interviewed George RR Martin! Our interview can be found here.

Our House of the Dragon coverage kicks off Monday August 22nd at 6 pm eastern, followed by Saturday August 27th at 3 pm eastern – catch us every week on those days/times for the duration of the season!

We finished the main portion of Valar Rereadis: A Full Guided Reread Project, which took us from A Game of Thrones to The Winds of Winter, and through the Dunk & Egg series. Valar Rereadis: The World of Ice and Fire is twenty-plus episodes long so far, and will continue in November.

We have released an episode on Brandon the Builder, as well as a companion episode on The Buildings of Brandon, available on Patreon.

Aziz has been streaming Crusader Kings 2: A Game of Thrones on Fridays at 6pm eastern  – follow along with his games here.

The Dance of the Dragons: Part 5 – w/Radio Westeros (video) – History of Westeros (Game of Thrones)

We are working on audio play productions of the preview chapters from The Winds of Winter. Listen to those here, and submit your voice for future chapters.

Continue with our Blackfyre Rebellions series with Part 8 – Bloodraven 2, focus on Bloodraven’s later years, continue our Manderly series with House Manderly: Part 2 – Winter is Coming to White Harbor, or jump into a new topic with our episode on the Rhoynar: Nymeria: Part 1 – Mother Rhoyne.

We are joined by Daniele Bolelli of the History on Fire podcast, and we chat about a wide variety of real world historical influences on A Game of Thrones/ASOIAF in History on Blood and Fire w/ Daniele Bolelli.

Check out the first Aziz vs. Chapter episode: Aziz vs. AGOT Prologue, or go deep…into The Crypts of Winterfell! 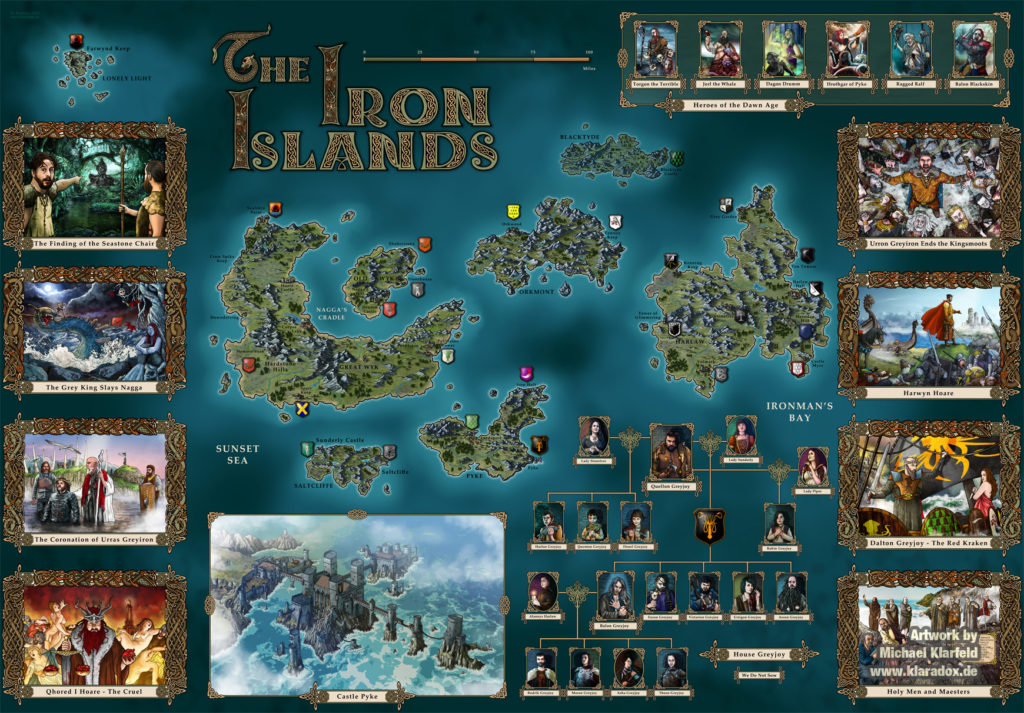 Iron Islands by Michael Klarfeld – Aziz, Ashaya, and Sean can be found in the family tree and historical event artwork – there are also tons of other fans to be found on this piece! 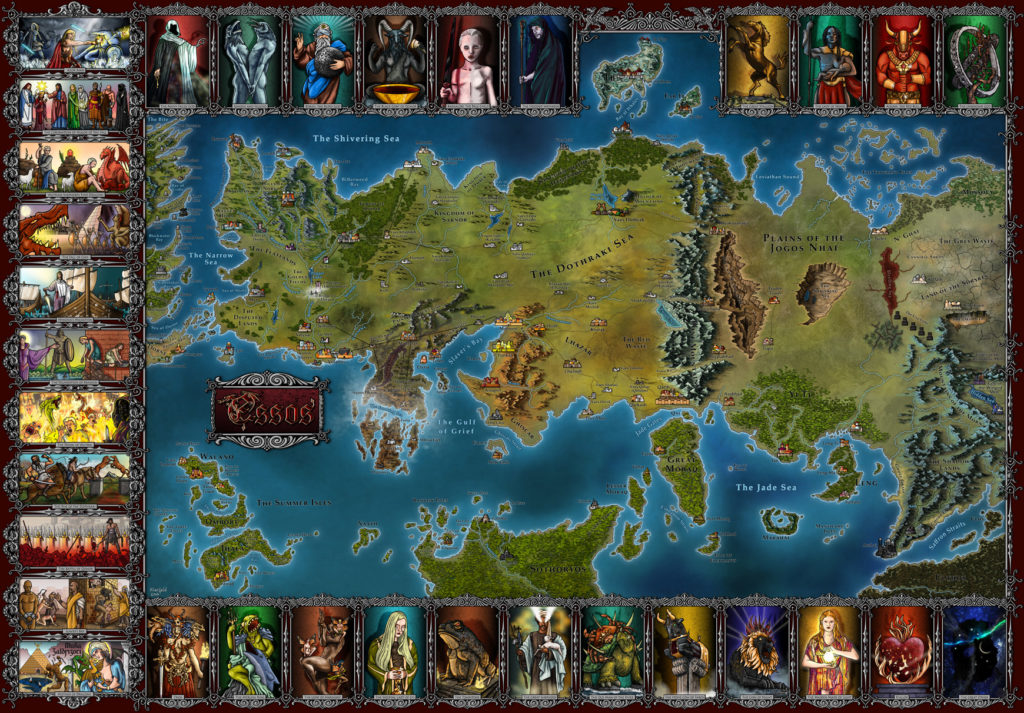 Essos by Michael Klarfeld – Aziz and Ashaya can be found in the pantheon of deities!

The third part of our series on Religion & Magic is out! Take a tour of the various weirwoods of Westeros.

Browse old episodes via our search feature. Type in a keyword and any episode that deals with the subject you’re searching for will be shown.

Ashaya has compiled an exhaustive list of artists who have created pieces for A Song of Ice and Fire.  You might be surprised how big this list is, but the art itself is the real surprise.  With all the talent and variety of style, you’re bound to find something awesome.

Check the various websites we’ve suggested. Some are sources that we use occasionally, some are just great places for ASOIAF fans.

Feel free to leave comments with any suggestions or thoughts that you might have!

Take a closer look at the play The Bloody Hand and one of The Winds of Winter sample chapters!